Filled with corn, black-eyed peas, and plenty of gooey cheese, these hearty stuffed peppers are cooked on the grill for rich, smoky flavor. Peeling the poblanos might seem like an unnecessary step, but don’t be tempted to skip it. Unless you’re making kabobs, grilled peppers of any type always taste better when their skins have been removed. Char the peppers evenly on all sides, then transfer them (while hot) to a heavy-duty ziplock plastic bag for 10 minutes. The trapped steam inside the bag will loosen the skins so the peppers can be peeled more easily. Poblano peppers are generally pretty mild, but if you prefer, you can substitute halved medium-size bell peppers in this recipe. (Bell peppers will have an ‘open-faced’ look, but will still taste great.) Serve with pico de gallo on the side for topping and plenty of cold beers or margaritas for a summertime meal that feels like a fiesta. 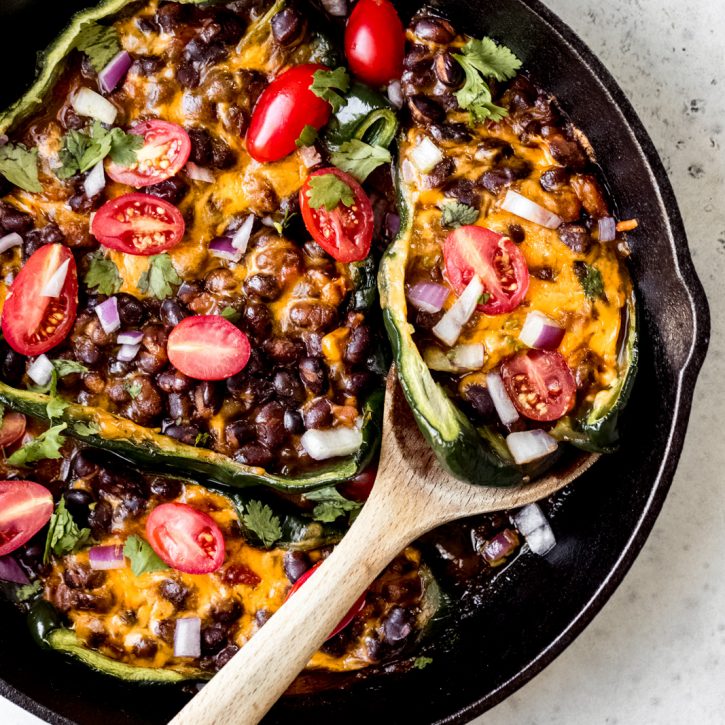 Delicious grilled poblano peppers stuffed with BUSH’S Black Bean Fiesta™, topped with cheese and then grilled to perfection! These peppers make a great side dish or an healthy, protein-packed entree! Top with tomatoes, onions and avocado for an easy, inexpensive meal! 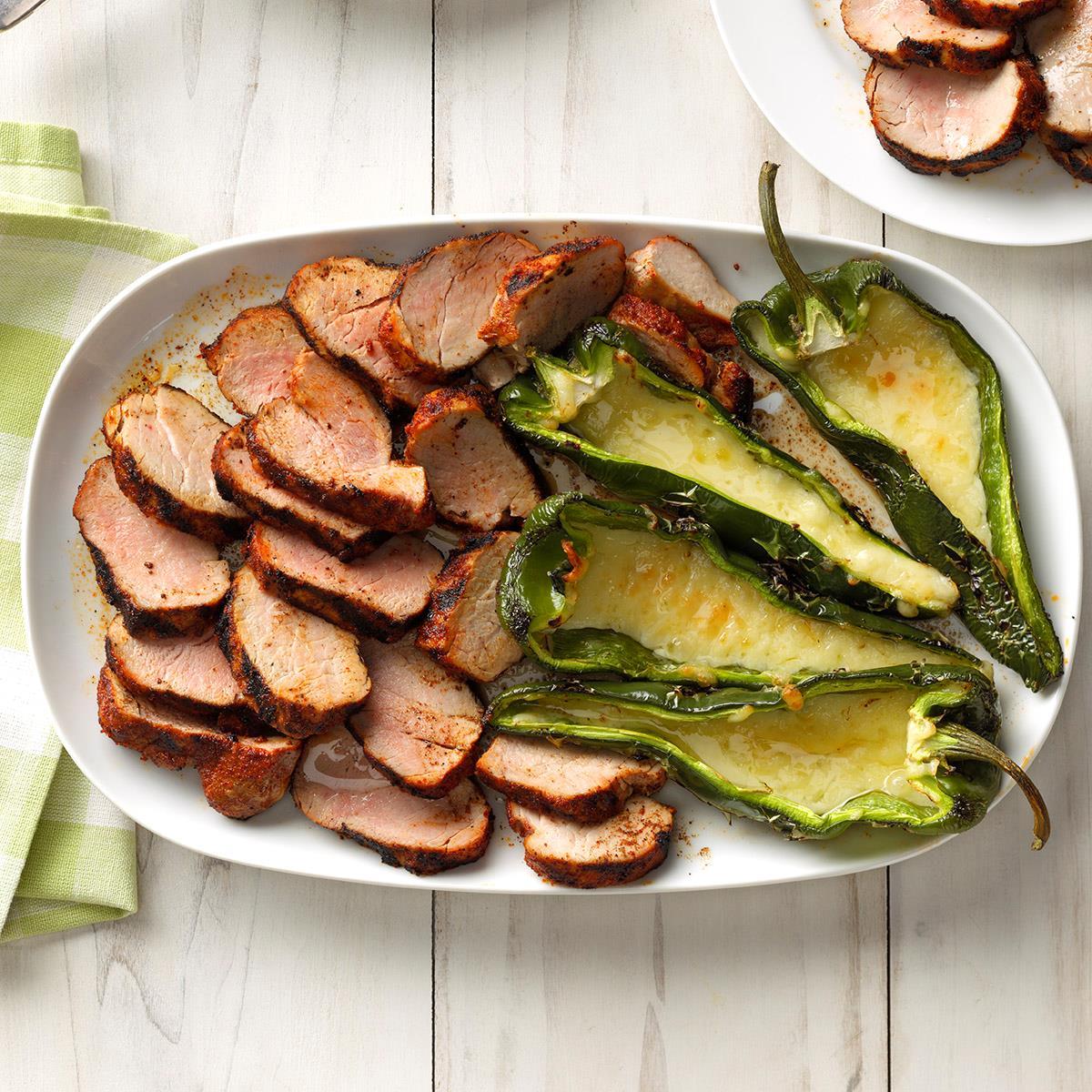 My husband and I entertain a lot in summer, and this has quickly become the most-requested dish. I usually serve it with Mexican rice and a tossed salad.

Cut each pepper in half and remove the seeds. Stuff peppers with cheese; set aside., Combine the seasonings; rub over pork. Grill, covered, over medium-hot heat until a thermometer reads 145°, about 15 minutes. Place peppers over indirect heat; cook until peppers are tender and cheese is melted, about 8-10 minutes. 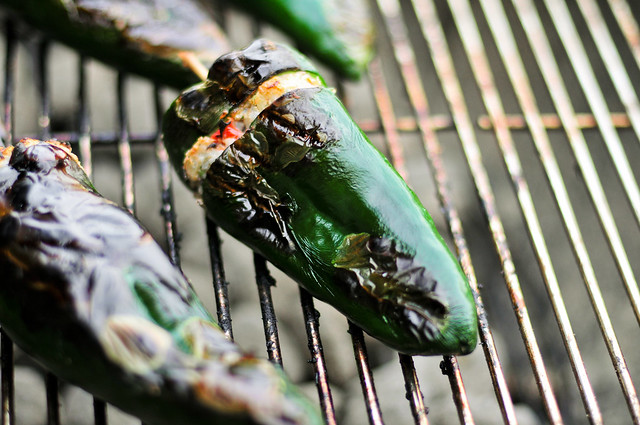 A moist and cohesive filling of fresh and tangy flavors pairs incredibly well with the fruity poblano that holds it, helping solidify my view that poblanos are the ultimate stuffing pepper.